Dr. Wanamaker is working on the following research projects:

This project seeks to reconstruct hydrographic dynamics in the Gulf of Maine over the last several centuries in order to assess recent warming in the Gulf of Maine and better predict future changes to the region. This work utilizes the marine bivalve proxy Arctica islandica (ocean quahog), shells of which grow in annual increments, providing annually resolved data. Increment widths and oxygen isotopes measured in these shells correspond well to nearby sea surface temperature instrumental records and indicate significant oscillations in seawater temperatures in the region over the last 250 years. 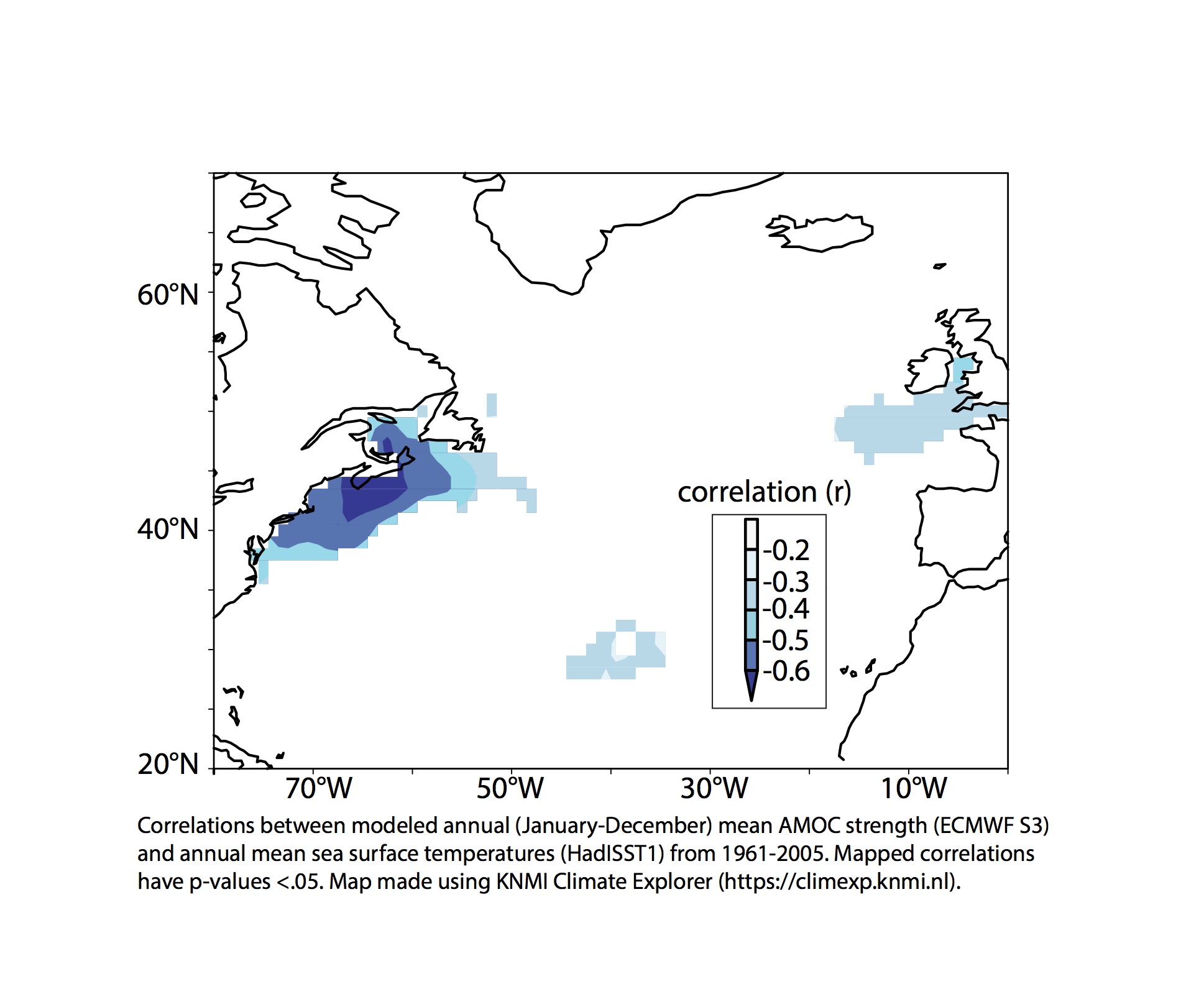 This project uses stalagmites from a cave in central Portugal, Buraca Glorioso, to study the climate of the last 2500 years, specifically looking at the hydroclimate of central Portugal and the North Atlantic Oscillation. Changes in hydroclimate (from wetter to drier or drier to wetter) are heavily dependent on the North Atlantic Oscillation (NAO), the predominant mode of atmospheric variability in the North Atlantic region. Note the negative correlation with Portugal winter precipitation and the wNAO (winter NAO) index as shown in the figure (i.e. high wNAO index = low precipitation for Portugal). Combining oxygen isotope measurements with uranium-thorium dates from stalagmites will allow us to better understand of the magnitude and timing of decadal-scale changes in hydroclimate.