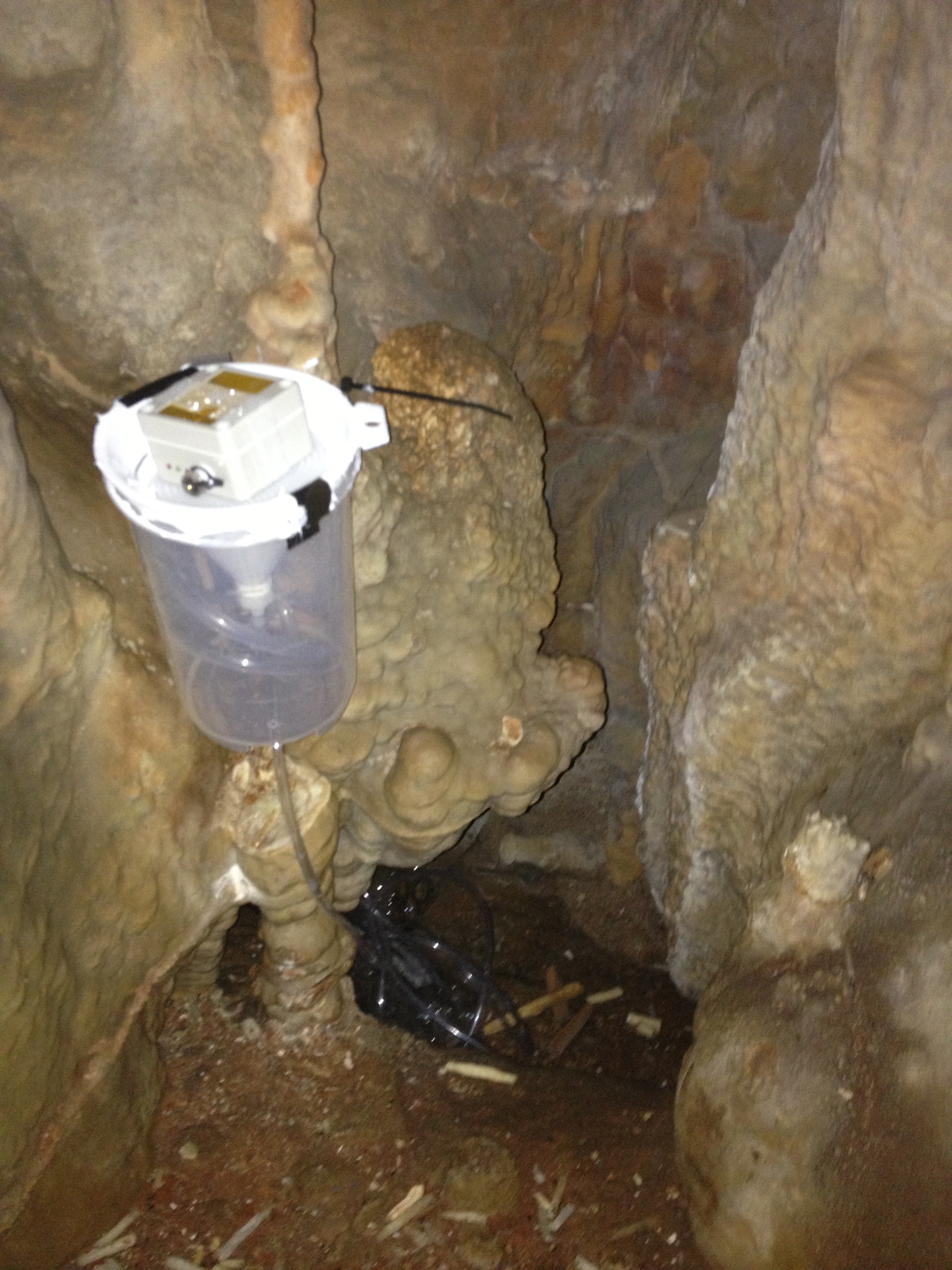 MS student Diana Thatcher is currently in Portugal doing fieldwork. Here is a message from her travels:

Tuesday, November 18, 2014
I am heading to central Portugal, to the cave in which I am conducting my research, Buraca Glorioso. We are using stalagmites from this cave to look at the climate of the Iberian Peninsula over the last 2000 years. In June 2014, a drip counter and a drip water collection system was installed and in August 2013, temperature, relative humidity, and pressure sensors were installed in the cave. My trip this week will focus on collecting the drip water and collecting data from these sensors.

The data we will collect will help us to better understand how the cave we are studying responds to changes in the climate.